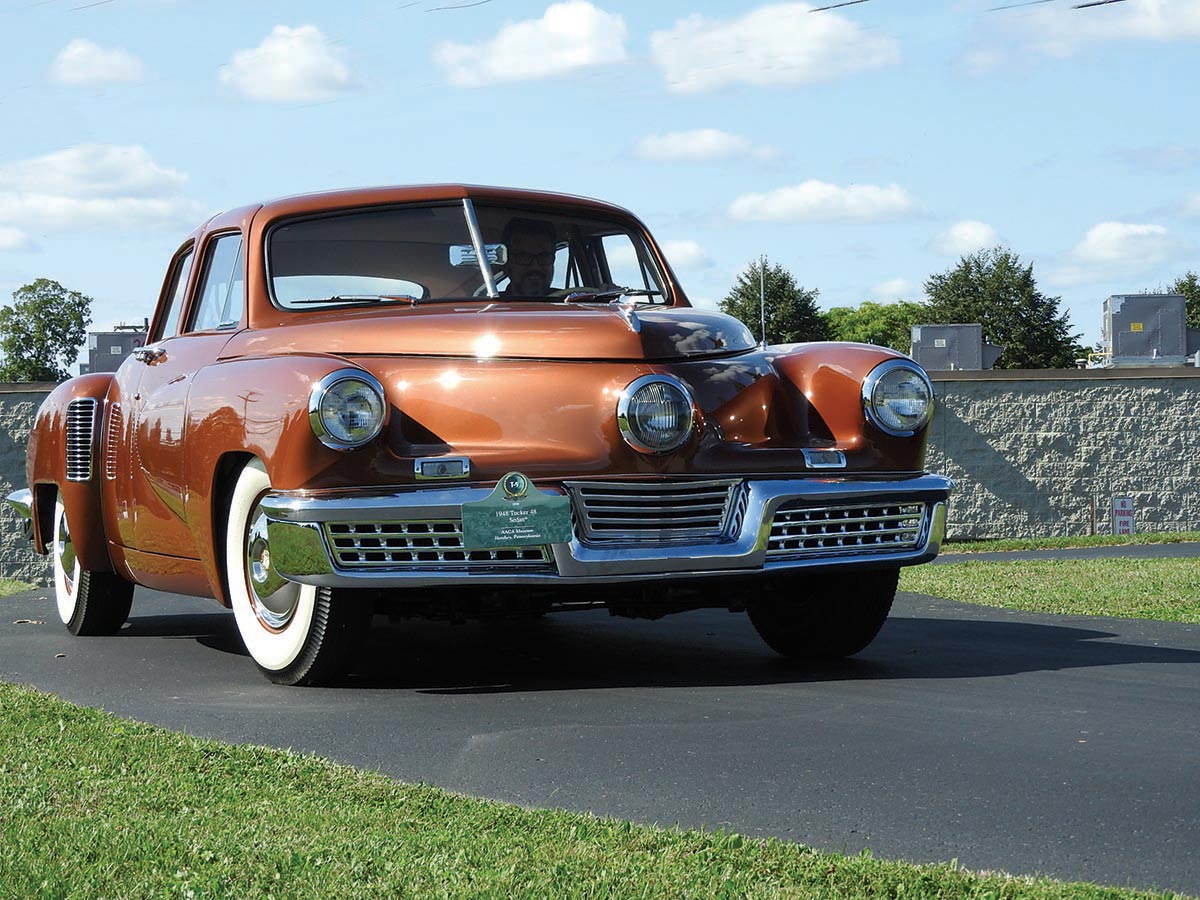 The Museum’s Cammack Gallery is home to the world’s most extensive Tucker collection. The gallery, named for Tucker historian and collector David Cammack, displays an interactive exhibit chronicling Preston Tucker’s vision, determination, history, and struggles to build the “Car of Tomorrow.”
Only 51 originals
Through his Chicago-based start-up, Tucker set out to revolutionize the automobile industry. He designed and built 51 innovative ’48 vehicles unmatched by other offerings on the post-war American market. The Cammack Gallery is home to Tucker models #1001, #1022, #1026, along with the Tucker factory test chassis and engine prototypes.

Tucker’s History: Innovation ahead of its time

Always an inventor, Tucker introduced his rear-engined sedan that boasted an array of safety features and comfort innovations that were ahead of their time. Thanks to the creativity of Tucker expert Rob Ida, the Tucker exhibit features an interactive Tucker where visitors get behind the wheel and experience Tucker’s innovations, including the “cyclops headlight, first dashboard radios, and center steering wheel.

The Tucker Automobiles of movies

The 1988 movie “Tucker: The Man and His Dream” brought the Tucker story to the big screen. Francis Ford Coppola’s tribute portrayed the irrepressibly optimistic inventor in an enjoyable biopic relevant even today. The Museum’s exhibit includes one of the fiberglass Tucker reproduction cars used in the movie.

Preston Tucker’s lifelong love affair with the automobile had a remarkable, sometimes controversial impact on the automotive industry. The Tucker exhibit invites visitors into his office where car business and care building come together. Preston Tucker’s desk, mechanicals, and automobilia help to define the man behind the legacy.

“A man who has once gotten automobiles into his blood can never give them up. . .”
Preston Tucker, American History Illustrated