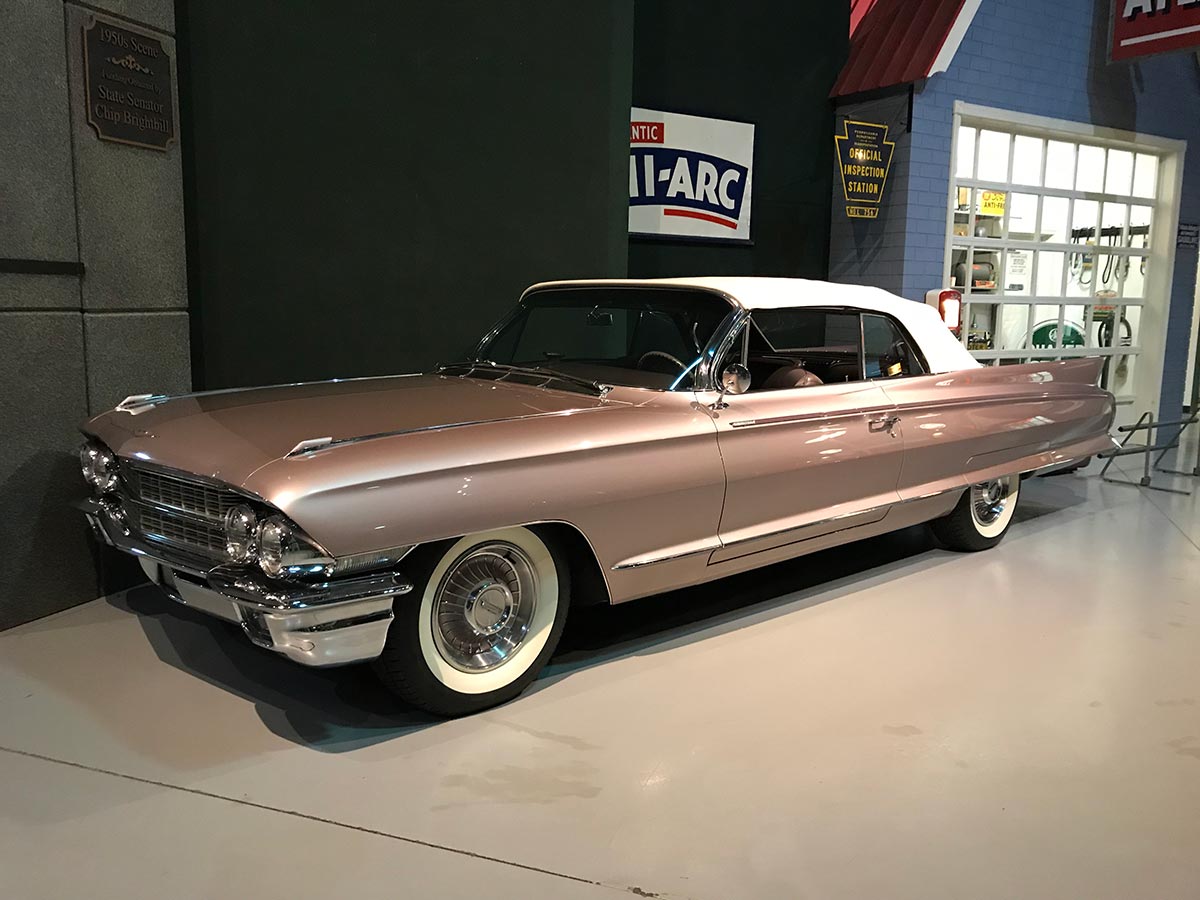 During this era, the convertible symbolized youth, freedom, and the joys of the open road.   Convertible drivers appeared to be unencumbered by the practicalities of ordinary life.  They enjoyed seeing what was around them and also enjoyed being seen.   The cars conveyed a glamorous image, even attracting some drivers who rarely put the top down, but enjoyed the status of driving a convertible.   Public figures favored convertibles to be visible to the public, including President Eisenhower’s ride in a 1953 Cadillac Eldorado during his inaugural parade.   And for most of this period, the traditional full-sized American cars got progressively larger and more luxurious, hence the description “Land Yachts.”

During the 1970s, a variety of factors caused Americans to rethink the desirability of a convertible.   The prevalence of air conditioning made closed cars more comfortable in warm weather, and vinyl-roofed hardtops gave them a stylish, youthful appearance.  Increasing crime, pollution and safety concerns also eroded Americans’ will to drive open cars.   And finally, government fuel economy requirements numbered the days of the “land yachts.”  But for those who love the style and panache of the great postwar luxury convertibles made in America, they will be alive and well-represented right here in Hershey, Pennsylvania!