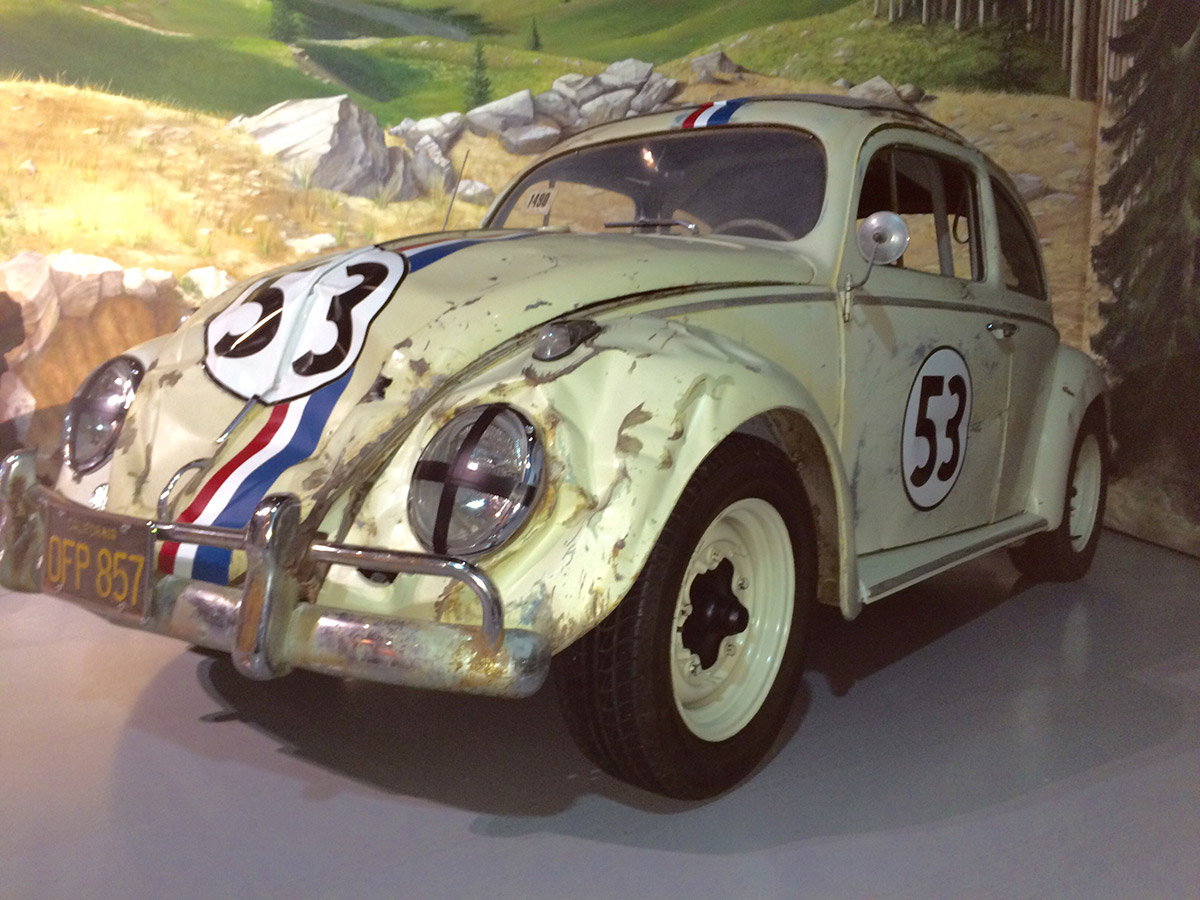 We were lucky enough to have a famous Herbie staying with us for a while!

Meet Herbie #10:
This Volkswagen is one of eleven original cars built by Walt Disney Studios for the first Herbie movie, The Love Bug. Of those eleven, only three of the cars are known to exist today. This particular car is #10 and was intended for some serious stunt work, and his current state shows signs of his adventures! Owner Tory Alonzo has restored the car and got him back in running shape.

Herbie Signatures DashboardHerbie #10 was one of only a handful of cars to film at the now-defunct Riverside Raceway in Southern California, where it can be seen in the scene where Herbie is “drunk” on Irish Coffee and running over tire markers bordering the race track.

Hence the inscription inside on the dash!

This specific Herbie also made a cameo appearance in the sequel to The Love Bug, Herbie Rides Again. It was featured as the junk pile car and appears in a scene at the climax of the film where Herbie calls upon an army of civilian Volkswagens to help rescue Mrs. Steinmetz and the old firehouse in San Francisco from demolition by an overzealous developer. While the car was relatively unchanged from its previous incarnation as Herbie, it was treated to a yellow and green paint job. Owner Tory has carefully cleaned off all the paint to reveal the original pearly white beneath. He also replaced the stripes, numbers but left the body be. The wear and tear shows Herbie has really earned his stripes! Tory’s even got the paperwork to prove Herbie’s star-studded story.

Herbie’s Pink Slip Title from California
“Note that the title is dated 1968 which is when the car was first purchased for use in filming The Love Bug. The car’s #10 designation is penciled in to keep track of which title went to which car when they were finally sold off. This particular car was sold after it was used in Herbie Rides Again in the early to mid-70s.”

In the second film, the car also featured offset spaces in between the wheels to make the car wobble and appear more damaged than it really was. Special effects foreman Hans Metz recalled driving the car and how “it would literally rattle your bones if you went to fast in it.”

He runs much smoother now! See the arrival of Herbie #10 to the AACA Museum.