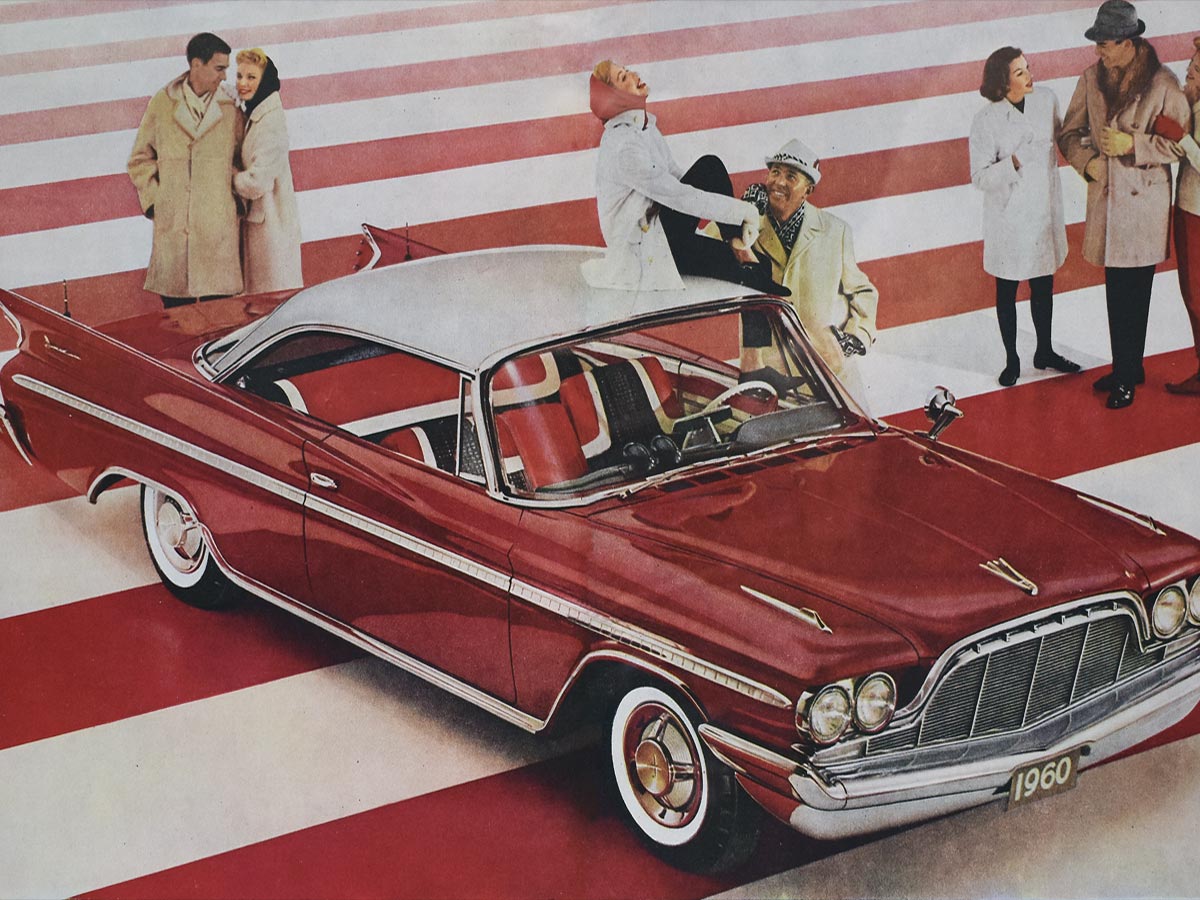 Chrysler Corporation introduced the DeSoto brand in 1928 to fill the more upscale role in Chrysler’s offerings. Wanting the car to be perceived as strong and exotic, Walter Chrysler named the division after the famed Spanish explorer Hernando de Soto.

Like all American automakers, Chrysler halted car building during World War II. When production began again in 1946, the cars were reissued 1942 models.

In 1955 Virgil Exner redesigned the DeSoto line giving Chrysler’s cars his “Forward Look.” The popularity of his style, huge fins, and triple taillights drove sales. Inspired by the legacy of de Soto the adventurer, the DeSoto “Adventurer” was the name given to the popular 1956 convertible DeSoto.

The end of an era

As the decade came to a close, the DeSoto brand faced quality issues, and the nation faced an economic downturn. Sales for DeSoto’s upscale cars fell as competition increased. Suffering financial losses, the automaker realigned production and introduced compact, affordable cars — the Plymouth Valiant and Dodge Lancer — and marked the end of the DeSoto era. The last year for the marque was 1960.

The National DeSoto Club has approximately 1,000 members. There are eight chapters of the club.